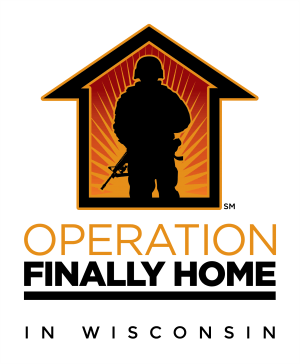 Daniel Cappo grew up in Houghton Michigan until he felt called to enlist in the US Army following the invasion of Iraq. He enlisted as a vehicle mechanic in 2004 and honorably served on Active Duty for just under 9 years. He deployed to Iraq from 2006-2008 and then to Afghanistan in 2009. While deployed in Afghanistan he ended up sustaining injuries from several different combat events leaving him with life changing and permanent disabilities. These events included an IED blast as well as two separate incidents with a vehicle falling on him while repairing the HUMVEEs during combat operations. Daniel medically retired in July of 2012. He is continuing his education and is currently pursuing a degree in psychology.

Jamie grew up in New Port WA but at the age of 18 moved in with her sister in Texas where she met Daniel and fell in love. They married in September of 2011. After Daniel’s injuries Jamie put her cosmetology education on hold to become Daniel’s caregiver in a program through the VA. A new home will help Jamie pursue her dream as a makeup artist and allow Daniel to finish his degree. Once Jamie has her degree in cosmetology, she would love to open her own salon where she would offer the Veteran population a free haircut one day a month. Daniel and Jamie have two sons Hayden and Daniel and a third on the way. They currently live in Mechanicsburg, Pennsylvania.

U.S. Army Sergeant First Class Tyson Cole was determined to have a successful life, despite growing up in a town riddled with drug abuse. Two days after graduating high school, he departed for infantry basic training and began his life as a career solider.

Tyson was first deployed to Korea, where he climbed ranks by putting his soul into his craft. During his second deployment, he spend 18 months in Iraq where he served as the Brigade Commander’s personal security officer. His job was to ensure there were no imminent safety threats such as enemy contact, IEDs or small arms fire. While on a mission to meet an Iraqi general, Tyson and his unit heard a massive explosion. When they arrived to the scene, they saw a significant loss of American lives. This, coupled with other graphic wartime experiences left Tyson with significant Post-Traumatic Stress Disorder (PTSD). Despite these incidents, Tyson continued his service until 2012.

In addition to PTSD, Tyson was diagnosed with Traumatic Brain Injury (TBI) after being knocked unconscious by a 60mm mortar while in Baghdad. This resulted in memory loss, migraines and decreased abilities in reading and comprehension.

While deployed to Korea, Tyson enrolled in a USO Pen Pal program, where he began corresponding with a woman named Jessica. After a year of exchanging letters, the two met in person and were later married in 2003. Together, they have three children and are currently living in Indiana.

We're not around right now. But you can send us an email and we'll get back to you, asap.